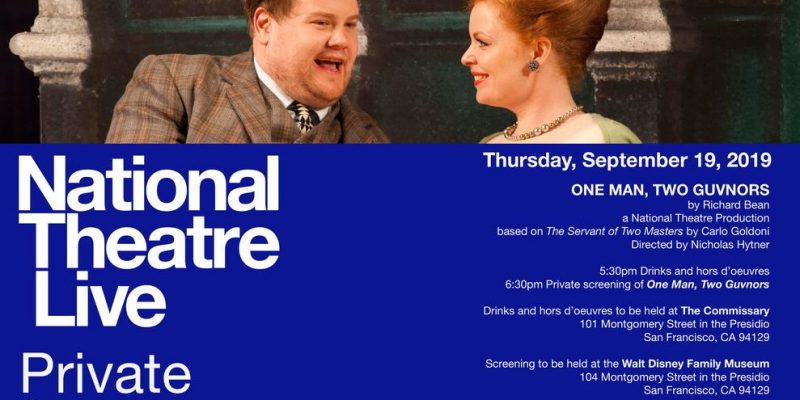 The AANT are hosting a NT Live private screening of James Corden’s hilarious, Tony Award-winning performance in One Man, Two Guvnors, at the Walt Disney Family Museum in the Presidio on September 19th and would love you to join them to enjoy the screening and find out more about their program here in the Bay Area.

One Man, Two Guvnors by Richard Bean, based on ‘The Servant of Two Masters’ by Carlo Goldoni, with songs by Grant Olding. A National Theatre production.

Screening to be held at the Walt Disney Family Museum, 104 Montgomery St, San Francisco, CA 94129
Tickets are $60 per person – proceeds to AANT.

The AANT has a flourishing donor base and network in the Bay Area, who enjoy private screenings of National Theatre Live cinema broadcasts, as well as touring productions (The Lehman Trilogy and Hadestown coming up next year) and visits from NT Artistic Director Rufus Norris.