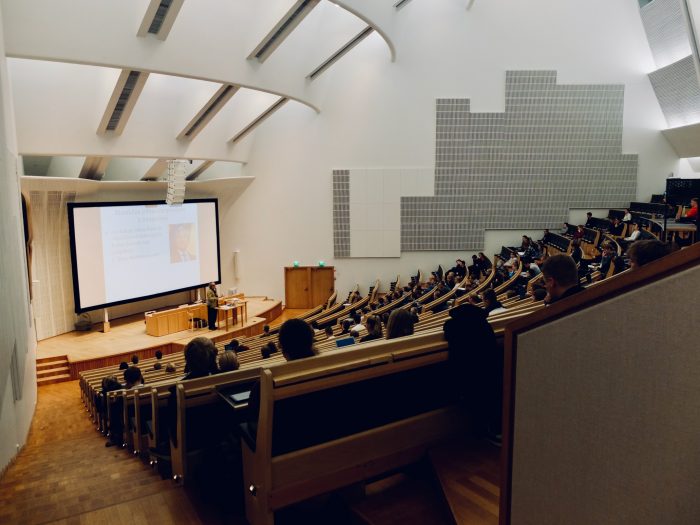 Whether you are looking to pursue Special Purpose Acquisition Companies (SPACs) as a route for your company as a founder or interested as a potential investor, here’s a recap of our event with Jeff Epstein, the Co-CEO & CFO of Apex Technology Acquisition Corp. (a publicly traded SPAC) and also an Operating Partner with Bessemer Venture Partners. The conversation took place on May 19th, and was moderated by Sunny Dhillon, a Partner at Signia Ventures Partners and co-hosted by Matt Margolin, the Head of VC and Private Market Coverage at Barclays Investment Bank. You can also watch the main highlights of the session here.

The Basics
There are basically three ways for a private company to go public, which are:

What exactly is a SPAC?
While SPACs have been around for decades, their recent surge in numbers & news coverage has established SPAC IPOs as a popular alternative to a traditional merger or IPO. SPACs raised more than $75 billion in 2020.

When an SPAC IPO takes place investment is made into the SPAC with its management team (sponsors), at this point there is no underlying operating business. Up to 24 months later they will identify an operating business to merge with (SPAC merger).

Why the proliferation of SPACs?
SPACs are a “low-risk-high-reward” investment for an IPO investor, according to Jeff Epstein. Over 100 companies have announced a merger with SPACs in the last year or so. The market share’s current composition is as follows: IPOS > SPACs > Direct Listing; although, early in 2021, more companies merged with SPACs than did an IPO, although the total volume of both has declined relative to prior year.

Who makes the perfect candidate for a SPAC? Would that company be an equally good candidate for a direct listing or traditional IPO?
There are potential SPAC companies that are suitable to do an IPO and others that aren’t.

When an IPO is NOT an alternative:

When an IPO is an option companies will likely opt for a dual process:

SPACs bring innovation and institutional investors insights alongside retail investors: PIPEs
The IPO process has not changed in 50 years, and the merging with SPACs process has been changing every six months, which makes it easy to compare SPACs with other new financial products that are trying different things to find a market fit. One of the innovations that comes from this process is through PIPEs (Private Investment in Public Equity). With PIPEs, a SPAC can reaffirm its valuation and raise additional capital with the identified target company.

In the last year, virtually every SPAC merger first came through a PIPE. Jeff Epstein explains using his company, Apex Technology Acquisition Corp., as an example. He recalls reaching out to highly sophisticated, large investment funds in the private market a week before they went public, and offering shares at $10. The investor’s commitment is seen as a validating signal for the valuation. When Apex went public they had a $100M investment and a PIPE, which gave confidence to retail investors to follow the valuation.

In the last six months, with many companies seeking to merge with SPACs, the demand for PIPEs grew 5x to 10x. However, the supply didn’t grow at the same level. In the last month, there has not been enough supply for PIPE investors.

It’s important to note that when an investor commits to a SPAC, they are not commiting money at that moment, but rather signing irrevocably to invest at closing for $10 a share. There will only be a need to fund if the stock is trading above $10 a share. “If on the day of closing, the stock is being traded at $10, the chances are all of the money in the SPAC disappears because everybody redeems, the SPAC probably won’t close, and the investor is not required to fund. Now, if the stock is being traded at $11 and the investor is buying at $10, within two weeks they are able to sell the stock. So, they only need to own the stock for two weeks. It’s a good deal,” explained Epstein.

Bottom-line: Every SPAC merger today has a PIPE, and every PIPE investor is a large sophisticated investing institution. So even though there are unsophisticated retail investors on the margin speculating the valuation price,  these deals don’t get done without smart money. A PIPE investor believes it will beat the average. Some of them are buying and holding for 5 years, while others are considered “momentum buyers”, selling right after.

SEC regulations
The Securities and Exchange Commission (SEC) has been concerned with the high prices of some of these SPACs. One of the things the SEC has been regulating is the accounting of these SPACs. The SEC says that every SPAC that has been accounting for warrants incorrectly, and proposed a re-audit of them all. Only after this process will any SPAC be able to refile their SEC Form S-4 (required to register any material information related to a merger or acquisition). E.g: Apex has filed their S-4 form with the SEC for a few months now, and it’s currently waiting for their approval to proceed with their shareholder counts.

Sponsor incentive
A sponsor in a SPAC receives economically carried interest that is calculated as 20% of the value of the capital raised in new shares. If the SPAC deal doesn’t close, the sponsor loses 100% of the money initially invested (sunk cost). Sponsors have no salary during the 24 month period. Any information about the economic incentive of the sponsor can be verified in the S-4 form in a section called “background of the merger.”

In the case of Apex Technology Acquisition Corp, the sponsor incentive amount is $350M. Initially, Epstein and his partners invested $10M in cash. Their money was used to cover bank underwriting fees, company operations, and their due diligence (which includes legal, technology and cybersecurity experts). In the agreement, if the deal closes, the sponsors will keep two-thirds of the money, and the other third is invested if the stock reaches at least $15 per share.

Aligning interests: sponsors, partners and PIPE investors
A sponsor has the incentive to find any deal no matter how good or bad, but a partner won’t merge with a SPAC unless they think the sponsor can add value. Meanwhile, the investor won’t buy a stock at $10 a share if they don’t think the price is right. With all of these parties involved trying to optimize their own profits, as with the case of a public valuation, the PIPE investor is the price setter.

Buying a stock in the IPO of a SPAC
A SPAC typically issues units in its IPO that consist of one share of stock ($10) and a fraction of a warrant. It’s a very attractive investment with almost no risk. The downside is the same as buying treasury bills and not being able to touch the money for two years, even though you are still able to liquidate your SPAC stock before the 24 month period, however there might be a slight loss.

Buying a stock after the SPAC IPO, but before the deal announcement
The investor will be betting on whether or not the SPAC can find an attractive deal.  If the stocks are traded at $10 there’s not much risk, but if the stock is trading at $15 there’s a lot of risk. The investor will need to have a lot of faith in the sponsor during a pre-deal announcement if the stock ends up being traded for more than $10 a share.

Buying stock in SPAC after the deal is announced and before closing
In this case, the investor needs to evaluate if and when they want to sell. Perhaps they sell right after the closing or, if they like the company, hold and go for a long run.

Buying stock in SPAC after the merger closes
Here the investor would be buying a stock as is done in any other technology company.

How do sponsors add value to companies?
A sponsor’s role is similar to a General Partner (GP) in VC or Private Equity, in which they join the board of directors and help with customer introduction, growing the company, and any post-public relations with other mergers and acquisitions.

SPACs and ESG (Environmental, Social, and Corporate Governance)
There’s a small group of funds interested in looking to invest only in ESG companies.  In Epstein’s opinion, these investors have a more challenging role: “They are trying to beat the market, but are not able to invest in a lot of companies (ESG has a smaller pool),” notices Epstein. “The number of public (ESG) companies now is down by over 50% compared to 20 years ago. Some regulations made it more difficult for a company to go public, and SPACs had made this process easier,” comments Epstein.

According to the sponsor, many of these SPACs are conscious about diversity. “There have been more women and other diverse members joining the boards,” they noted.

Here’s another recommended resource on SPACs, by Jeff Epstein.