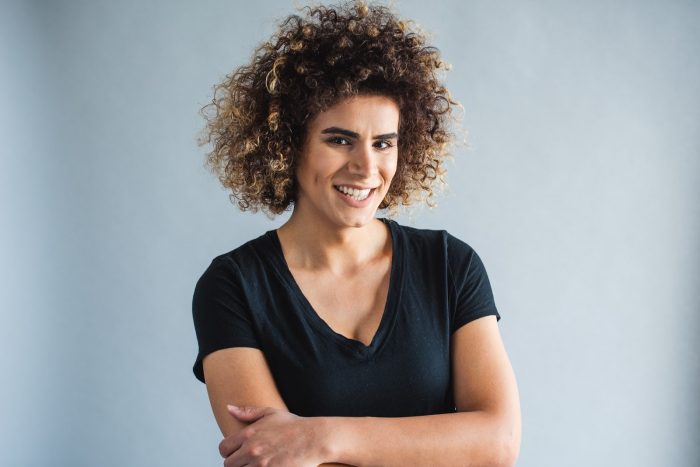 In  light of current events, today when we hear ‘supply chain’ and ‘doorstep delivery’, they have a new, more personal meaning to all of us. Welcome to the rise of Zero, a plastic-free grocery delivery startup based in Berkeley and led by Zuleyka Strasner.

Shopping Zero means you don’t have to go grocery shopping in-person to the store, but also lessens interaction of products with multiple people, from distributors and packers to grocery store employees and grocery store packers. Large sizes of bulk products are divided up into sanitary jars under rigorous conditions and minimizes the people interacting with your food and packaging vs. conventional grocery. Zero has no retail locations, its product is not exposed to general members of the public and it maintains the strictest of practices to ensure it stays that way.

Zero as a company buys products directly from manufacturers, which means that not only does it have a great amount of control over its supply chain, but it also enables it to keep its products as protected from contamination as possible. Just last week Zero informed its customers that they are in constant communication with suppliers and have been informed there will be no disruption to its supply chain since the Coronavirus (COVID-19) outbreak.

Zero’s mission is to lead the zero-plastic movement, one pantry at a time. That’s despite Zuleyka not having been environmentally inclined until several years ago. “I know it sounds weird, but it’s true. My husband would get on me sometimes about the amount of plastic wrap [Cling Film, if you’re British ] I would use to put food in the fridge. He would say “wow, that’s a lot of plastic!” […] I wasn’t ignorant, I was doing my bit, I put things in the recycling bin… I thought that there was only so much that one person could do”, mentions Zero’s founder.

Zuleyka Strasner grew up in Southgate, North London, where she would help her dad, a small business owner and artist, to find gigs as an Elvis Presley impersonator. “I would go to bars and pubs when I was 11 years old and negotiate gigs for my Dad”,  remembers Zuleyka. From a selective grammar school (Woodhouse College) to working as a model and fashion producer, Zuleyka crafted an unconventional path. She studied International Relations and Mandarin in a hybrid program in Southern California and Beijing, and earned a MSc in Politics, at Oxford University. In 2016, Zuleyka and her husband moved to California.

It was on their honeymoon trip to Little Corn, an island in the Caribbean, that Zuleyka discovered her environmental calling. “Little Corn has a population of 1,400 people. It’s a very small island, with no roads and no gas cars. I spent two weeks on this island and it was idyllic. My husband and I stayed in a resort in the north of the island, but in the other areas, the place was littered with plastic trash. I was just shocked”, she remembers. Zuleyka learned from locals that the majority of the trash wasn’t produced on the island, but was washing up on their shores. “It just really hit me!”, she said.

When she returned to Silicon Valley, Zuleyka became an environmental enthusiast. “I emptied my kitchen cupboards and set about going “zero waste”. I saw women on Instagram with four years’ worth of trash stashed into a 16oz jar and thought “that’s gonna be me”, said Zuleyka. She would drive 45 minutes from Redwood City to Rainbow Grocery (the Zero Waste Mecca) armed with jars and spent hours shoving powders into jars, pouring liquids into bottles and calling stores on the other side of the Bay to look for hard-to-find ingredients. “It was miserable. Grocery shopping that was supposed to take 30 minutes was taking me three hours. I felt stupid”, she remembers. “I was exhausted. I kept thinking ‘no one in their right mind is going to do this, let alone those with kids, those working long hours, women, men, singles, anyone!”

From the “A-ha moment” to funding
Zuleyka’s personal struggle to go ‘Zero Waste’ drove her to found Zero. Zero’s mission is to put convenience and environmentalism together by delivering plastic-free groceries as cheap or cheaper than conventional shopping.  “We desperately need to get one in seven Americans shopping traditionally to be plastic-free in the next 10 year period”.

Inspired to lead the world into a plastic-free revolution, supported by VC funding, Zuleyka pitched 263 times over a period of 4 months, documenting her journey in this Medium post.

“I spent 6 months alpha testing the early version of Zero. I was working from my apartment (cue cliché) getting real sign-ups, servicing real customers and doing a lot of growth hacking. It was really janky, but going over research reports, market data and other data I was collecting from real-people, I had something tangible to put under investors’ noses to back up how Zero looks at scale”, she wrote.

Zero quickly outgrew her apartment, secured customers, VC funding, a warehouse in Redwood City and 14 team members in less than 9 months. Today Zero is available to anyone living from Albany, in East Bay, all the way down to Sunnyvale.  Zero offers a variety of products online: from soap and face wash to fruits, vegetables, dairy, and even meats. “If you order by 5pm, we’ll deliver plastic-free groceries to your door the very next day”, comments the proud founder.

Building a company
When Zuleyka originally landed in Silicon Valley, her first job was as Chief of Staff at Felicis Ventures, which gave her a better understanding of investors’ minds and needs. “When I was pitching Zero, I was able to clearly explain how I would spend the cash. I could detail how much runway it would provide, what my seed would look like and my overall spending plans. Every round of capital is a vehicle to get to the next round. This was like my first car. Investors need to see your plan for their capital — being able to explain the details of your vision brings it to life for your soon-to-be-champions”, wrote Zero’s founder on Medium.

Her experience at Felicis also helped her to develop a hiring plan for Zero. “This included relevant experience, skill set, and background. Your team can make or break you as an early-stage company, and knowing the skills that your company needs to scale is a key piece of the puzzle for investors”, wrote Zuleyka.

Scaling in the U.S.
Zero’s Bay Area success has driven lots of attention from other cities and people eager to go Zero Waste. “We are the company that forges that path. Sometimes it just requires somebody to open those doors to allow people to walk through and play. Imagine that!”, suggests Zero’s founder.

Some of the first doors that opened to Zero’s team in the U.S. were actually British. “My first investor was with Charles [Hudson], and then a Brit, and then a couple more Brits. I’ve received so much love from other Brits, because they understood me, and understood where I came from”, comments Zuleyka.

“We are British people. We are incredible and tenacious. We work hard, we are creative, and we don’t forget where we’ve come from.”

The connection with other Brits has brought a closer path to home to Zero’s founder. “It’s beautiful to see the Brits having success here in the Valley and also taking their success home and maintaining their connections to the UK. So when I found out about GBx I was excited to maintain these friendships”, she notes.

As someone who just recently got her first seed funding, she hopes to inspire other members to try to make their way. “I hope we can find our thing and make our country, our families, and our friends proud. It’s important to uplift those, like us, who are at this early stage. We are building something that can promote fundamental change in society”, finalizes Zuleyka.