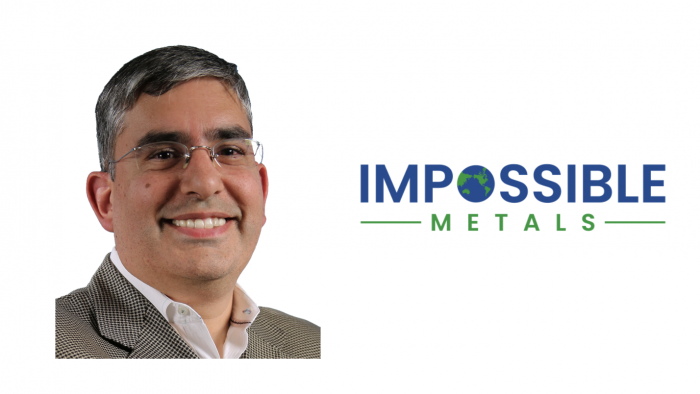 Mining and environmental preservation have traditionally been at odds with each other, but Oliver Gunasekara, co-founder and CEO of Impossible Metals is changing that. Serial entrepreneur and former VP at ARM Holdings PLC, Oliver has founded Impossible Metals to provide responsible seabed mining and refinement of battery metals, enabling the world’s transition to sustainable energy.

Impossible Metals is building underwater robotics vehicles to collect battery metals from the seabed without harming the environment, as well as using bacteria to refine battery metals without generating tailings. Patents have been filed for these ground-breaking technologies. Less than two years old, Impossible Metals has already secured over $12m in funding.

In his 12 years at ARM Holdings PLC, as former VP of Corporate Business Development and M&A, Oliver grew ARM’s mobile market share from 0% to 95% and then executed the 2006 acquisition of Falanx (Mali GPU). Oliver also previously founded NGCodec, a startup focused on next-generation cloud video acceleration, leveraging programmable hardware, until its successful 5x exit to Xilinx in 2019.

What prompted the founding of Impossible Metals?

After selling my last company (NGcodec Inc.) in July 2019, we had planned to spend a lot of time traveling. We started, but the pandemic put a stop to that. I started to get interested in climate tech. I have always been a deeptech person; having spent most of my career in semiconductors with ARM Holdings PLC and other companies. In the fall of 2020 we had terrible wildfires in the SF Bay area that turned the entire sky into an apocalyptic and terrifying orange for several days. It was then I decided that my next startup would be in the climate tech space.

After much research, I came to the conclusion that batteries are the most important technology needed to enable electrification of everything and transition from fossil fuels to clean energy. Unfortunately batteries need huge quantities of battery metals: nickel, cobalt, copper, etc. We are running out of the metals, which creates huge environmental, social, and governance (ESG) issues, plus China controls over 80% of the supply.

I also discovered that the largest reserves of these battery metals lie on the seabed in the form of potato-sized rocks called polymetallic nodules. Others were proposing to use extremely environmentally destructive dredging technology from the 1970s to collect the nodules. I felt there was an opportunity to build twenty-first century technology using autonomous underwater vehicles (AUVs) that will selectively harvest these nodules with low environmental impact.

What have been the biggest challenges in scaling?

We are still a pretty young company —almost 2 years old. The biggest challenge was finding my two co-founders. Jason is an expert in AUVs and Renee is an expert in deep sea minerals. Although we have raised a $12M seed round, we’ll need to raise a $30M Series A in 12 to 18 months time, which is a little intimidating.

What does the future hold for Impossible Metals?

We just announced the successful operation of our first AUV called Eureka 1. We are now working on the next version which needs to dive to the depth of 6,000 meters. This will be a major milestone when this version successfully picks up nodules from the deep seabed.

Do you have any advice for future founders in your field?

The climate crisis is the biggest challenge our planet faces. We need entrepreneurs to build solutions. This is a massive opportunity which now has huge amounts of venture capital. You can help save the planet very profitably.

An old book, but a must-read. ‘High Output Management’ by Andrew S. Grove.