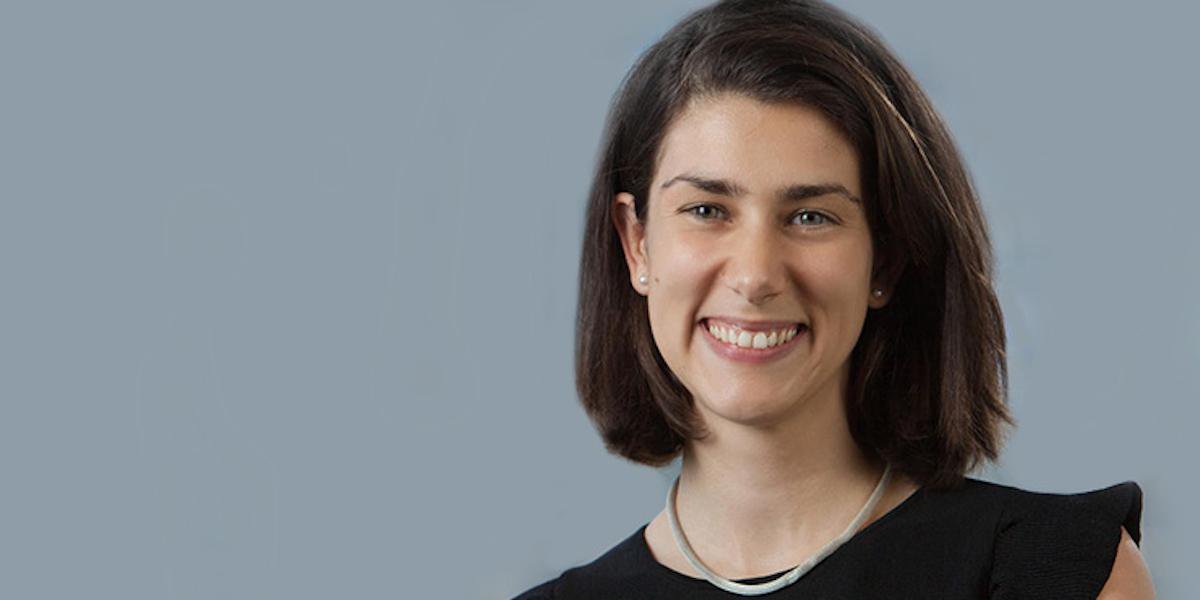 Moving to a different country opens minds and new opportunities, but also brings infinite challenges. Credit access is often the toughest obstacle for most non-Americans.

Stanford graduate student Nicky Goulimis had to start her financial life over when she moved from London to the U.S in 2014. Despite her excellent credit in the UK as a former consultant at Bain & Company, Goulimis was often turned down for credit cards and other services requiring U.S credit history.

Her pain was shared among most of the international students at Stanford, including Misha Esipov and Loek Janssen. Together, they started a class research project to understand the challenges that immigrants and expats face in financially integrating into a country. Their research brought to life Nova Credit, a platform which enables immigrants to transport their credit histories around the world.

Nicky, who studied English Literature at Cambridge and previously worked in consulting and international development, had never thought about creating a fintech startup before. But coming from a Greek family, and having watched her father’s journey building his software company in the U.K, made her especially interested in helping foreign families to achieve their dreams.

For this founder and GBX Member, her biggest accomplishment is knowing that Nova’s Credit is actually solving the problem.  She enjoys hearing stories of people who used the platform and had eliminated their rental deposit or enabled them to get a credit card or student loan when they had previously been rejected. Co-Founder & COO of Nova Credit, Nicky Goulimis is now focused on growing their footprint to New York (where they’re opening their second office) and internationally. Nova Credit’s supported countries include Australia, Brazil, Canada, Great Britain, India, South Korea, and Mexico. Their goal is to have a large presence in any major immigrant hub, including London.

Driven by her belief of making financial health universal and accessible to anyone anywhere in the world, Nicky often goes back to her father’s lessons which constantly reminds her that “the bigger problems are always ahead”.

What is Nova Credit?

Nova Credit is a mission-driven company solving the problem of credit access for immigrants. They do this by enabling immigrants to share their credit history from their home country with financial service providers, unlocking new consumers for lenders, and new futures for immigrants.Formed by Russian, English and Dutch founders, the Nova Credit team experienced firsthand the pain point of moving to a different country and starting their financial history from scratch. Misha Esipov, Nicky Goulimis, and Loek Janssen met at Stanford Business School in 2014 and had no idea what a credit bureau was before building one.

In their research, they learned that the U.S. is home to 46 million immigrants, with an estimated ten million of them having immigrated in the last three to five years, according to State Department data. That was when their team quickly spotted a trend and decided to create a solution for those millions of people with no option to transfer credit history from their home country to the U.S.

In the early days, they had to figure it out how to get enough supply of international data and at the same time build up enough demand from financial institutions and others. With a board of advisors formed by top-executives from Dropbox, Visa Inc, and Financial Engines, Nova managed to get on board a global team committed to a long term vision.

Today, they work with two of the top 5 credit card issuers in the US, with the largest tenant screening platforms, and a broad range of fintech players and credit unions. Accordant to Nicky Goulimis, the US environment has not only been extremely attractive from a funding standpoint, but also from the expertise and the willingness to help.

Their core product is the Nova Credit Passport®, which standardizes all international credit reports into a single, compliant US report. Nova has historically offered its solution in a B2B scale and had just recently announced their beta consumer offering that serves immigrants products tailored to them specially, such as student loans and apartment leases.