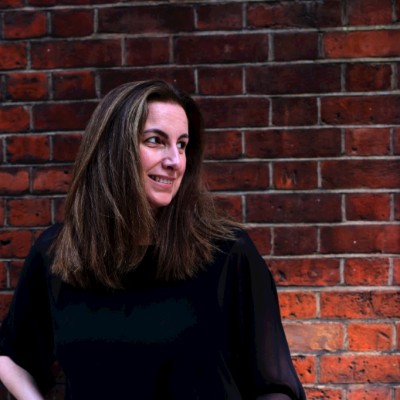 Being raised in a Welsh village of 200 people by a family of entrepreneurs led Megan Neale not only to value human connections, but to take this passion to disrupt the industry of customer service. She is the co-founder and COO of Limitless, a London-based platform that combines crowdsourcing and AI to help global businesses with their customer service challenges. Limitless mission is to help brands turn their most loyal and passionate customers into passionate product experts and rewards them for providing great service on-demand. The company provides brand ambassadors with a cloud based service accessed via an intuitive mobile app that is powered by artificial intelligence. Limitless raised $11M in Series B in a round led by Redline Capital and followed by Unilever Ventures, Albion VC, and Genesys.

Neale and her co-founder, GBxer Roger Beadle, share a deep understanding of the industry, having worked together for over 20 years in the customer service sector. But even before Megan met Roger, she was deeply involved in offering great experiences to clients.

Her parents ran a post office and a bed and breakfast — where she lived until she was 18. Her grandmother ran her own farm and a confections shop in order to raise her two daughters. “I think that’s kind of the heritage that’s carried through,” celebrates Neale.

While studying Mathematics and Computer Science at the City University of London, Megan had several summer jobs, one of them at the China and glass department of House of Fraser. “I just loved it! I was helping people to do their wedding list and all sorts of things. I loved that interaction…plus there was the commercial side of it. It really connected with me”, remembers the Limitless co-founder.

The experience at that summer job played a big role in Megan’s career path. Instead of following her friends who were going off into accountancy or working for one of the Big Four, she did a graduate program for the retailer Tie Rack. “I joined the company in the nineties when they were opening up shops everywhere selling ties and scarves in airports. After a six-month program, I was managing a store”, recalls Neale. Within a year, she was helping with the international expansion of the brand. At the age of 22, she was recruiting, setting up stores, and learning the hard way about the challenging European employment regulations and building customer excellence teams.

Embracing challenges
After she opened up a series of stores for the Tie Rack in Belgium, Megan was challenged to set up all the company’s operations in Germany. The only problem: she didn’t speak a word of German. Her solution was to hire a team of only German speakers to work at her store.

“Within three months of immersive lessons with my team, I could communicate enough within my very small scope of running a store, and engage with the customers”, recalls Neale.

Megan successfully managed people from different cultures and in different languages. She was also responsible for setting up Tie Rack stores all across Germany, Austria, and Switzerland. After five intense years at Tie Rack, she decided to move back to the UK, and get a new job.

Becoming the market expert
Megan joined Careline Services, in 1997, to support the business growth. At the time, the company counted on a very small team, but that rapidly changed. “We were five people turning over probably less than 5K a month to a $50 million turnover business. By 2012, we had two and half thousand employees, sites all over the UK, and across Europe as well. It was a great journey.”

It was at Careline Services that Megan met her co-founder Roger, who joined the firm in 2000. They both became equity directors after five years and accomplished two important milestones: the creation of a technology within the PCI DSS (Payment Card Industry Data Security Standard) compliance that allowed customers to provide their credit card data securely to a call center agent, and the decision to sell the business.

Neale explained that the market had become very consolidated at the time, with minimum wages rising, cost pressure coming down, and massive competition from offshoring (India and the Philippines). “It’s just incredibly hard to compete or play. You need scale to compete properly. We decided it was the time to exit”, remembers Megan.

In 2012, Careline Services was bought by Hinduja Global Solutions (HGS), a large Indian BPO (Business Process Outsourcing) firm. Prior to the deal the technology business was spun out, which made Megan and Roger founding shareholders of Semafone, a fast growing SaaS business which is now VC-backed.

For a couple of years, they had an earn-out period, and that’s when Megan decided it was time to move on. She realised “this is not my business anymore. I had the opportunity to work with some of the most talented people in the industry”, and concluded: “Why can’t I now lead a business?.”

When Megan shared her realisation with her colleague Roger, he promptly responded: “We are going to build a business together and it’s going to be an amazing business”.  They both took one sabbatical year and from that day on Limitless started to take form.

Developing the best solution
At first, Megan and Roger started a consulting business pulling together the money needed within their own relationships. “We did really well. With six months in, we would meet every few weeks and brainstorm ‘what would be the next big business idea?’” recalls Neale.

By the end of 2015, the pair came up with 6 to 8 ideas all related to the customer service sector. The first idea was to build another customer call center, which was quickly rejected,  then they thought about building a solution for knowledge management, an urgent need, but they felt this wasn’t transformational enough for them. They also thought about building “the best chatbot”, but they decided not to compete with Amazon or Google.

As Megan recalls, their motivation laid in their solid experience in the space and willingness to transform the general idea of customer service as synonymous with problems and bad experiences.

“In this day and age, there’s so much amazing innovation happening in the world. Why is it still acceptable for consumers to feel that way?”, questioned the founder.

After a lot of market research and conversations with former clients and experts in the industry, as well as collecting plenty of feedback, Megan and Roger were challenged to build Limitless.

“Everyone said: If you build it, I think it will work,” recalls Megan.

Limitless
Megan and Roger founded Limitless in March 2016 and by November they were live serving their first client: Unilever UK. Megan credits the impressive speed launch to their deep market research; their expertise in the field, the interest of big names in the industry, and their strategic IT developer hiring.

“We hired an incredible CTO (Jim  Cozens). He worked for us previously in the company we span off (…) Roger and I had so much heritage in the business process in this sector that we knew exactly what design was needed. We were able to articulate our vision to Jim, who translated it into the foundation platform that we have today,” explains Megan.

Limitless works with over 250 companies and includes names such as ebay, Microsoft, Daily Mail and L’Oreal in their portfolio. The company coined the term GigCX and disrupted the game by addressing the biggest problems of the industry: recruit and retain staff at the right level and caliber.

“The attrition in the whole industry is awful. That’s really why you can’t consistently provide a great experience because you can’t afford to pay enough for people who can provide that experience and who want to stay in those roles,” analyses Neale.

Limitless mission is to help brands turn their most loyal and passionate customers into trusted brand ambassadors and rewards them for providing great service on-demand. The company provides passionate product experts with a cloud based service accessed via an intuitive mobile app that is powered by artificial intelligence. Limitless raised $11M in Series B in a round led by Redline Capital and followed by Unilever Ventures, Albion VC, and Genesys.

Challenges and scaling to the U.S.
GigCX aligns with trends identified by the analyst research community, including Gartner research, that predicts that by 2023, the gig model will account for 35% of the total customer service workforce. Limitless is leading the category and welcomes competition, as Megan explains: “It’s quite difficult to scale a business unless there is a true market out there. Therefore [we are pleased to see] enterprises recognizing that there are different ways of doing things.”

So far, Limitless’s competitive landscape lays on the traditional call center outsourcing, some of them building off their own gig capability as a service offering and with innovative solutions which are automating the customer experience using gig experts to train the AI. Neither of them seem to be a concern to Limitless:

Part of Limitless’s next step into enhancing their customer experience is scaling to the U.S, where 60% of the company’s revenues already come from, and where Megan expects to move by the Summer of 2021.

“The plan, looking at our forecast for this year, is to get to 70/75% plus in revenue coming from the U.S. market,” discloses Megan, also aiming for a global expansion.

“The clients that we engage with can be anywhere. For example, we’ve got a contract with Microsoft in Seattle, but probably talking most of the time with teams in the UK, India and other places,” explains the co-founder.

Neale says she is excited to move to the U.S, also due to their strategic partnership with Genesys, an investor and technology partner. Megan will be the bridge between the companies, as they work on integrating Genesys Cloud and the Limitless GigCX platform. Their cooperation aims to offer businesses the opportunity to blend call center agents with their own knowledgeable gig experts to provide empathetic support, at scale.

GBx community
“It’s just a blessing.” That’s how Megan describes the opportunity to be integrated and welcomed by the GBx community. She was introduced to the organisation by her co-founder Roger.

“He became a member two summers ago when visiting the US with his family and testing it out to see how everyone felt about a potential move in the future. He joined for that purpose and made great connections,” comments Megan.

Her hope is to learn from the community about the US VCs’ particular point of view on UK headquartered businesses to understand what kind of behaviors and metrics they are looking for. “We have a lot of this data, but hearing it from other founders I think is going to be valuable,” shares the co-founder adding, of course, the benefit of the social side of the community. “[I look forward to] just by being able to connect and interact with people when we’re able to, just to make it a bit more fun”, comments Megan.