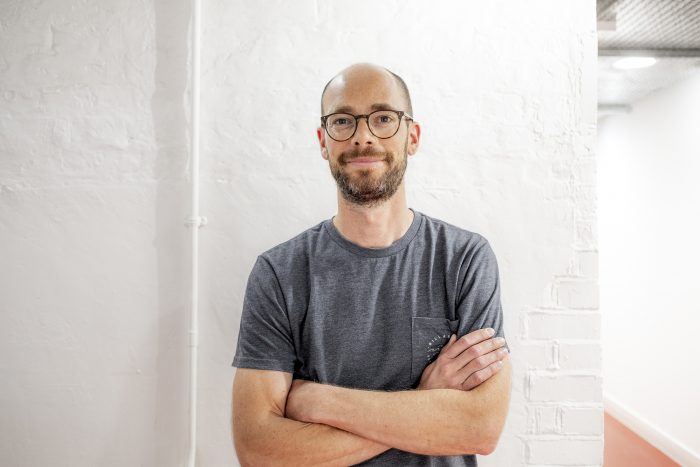 Richard Branson once said to “train people well enough so they can leave, and treat them well enough so they don’t want to”. The founder of Virgin Group was a big inspiration to Jacob Waern, the founder of EduMe, a mobile-based training tool used by modern companies to train, engage, and communicate with their workforce, when he was growing up. Today, Waern’s company is based in the UK and counts customers across 6 continents, including names such as Uber, goPuff, Deliveroo, Vodafone, and Deloitte.

The idea for EduMe came from Waern’s collective experiences abroad and observing first hand the difficulties in training dispersed teams. Born in Sweden, Waern’s passions for travel and strategy led him to contemplate exploring different terrains as a professional golf player, but it was through another path that he stamped his passport several times.

After high school, Waern joined the Marines, got to travel for a while, and then went back to university. He studied Business Law in Sweden, Entrepreneurship, Marketing, and Macroeconomics in the U.S., and graduated from Copenhagen Business School, where he also earned a Master’s in Applied Economics & Finance.

Before EduMe’s founder finished university, he was accepted for a job in London as a management trainee at Modern Times Group (MTG), a Swedish Media Company. “It was a very entrepreneurial company, without me being an entrepreneur”, recalls Waern.

For about seven years, he worked in various acquisitions in Eastern Europe, and even ran MTG Bulgaria as the CEO for a few years. “That was atypical. I started running bigger companies, and that got me exposed to some entrepreneurial opportunities, including working with their sister company [Rocket Internet],” shares the entrepreneur.

Waern was actually responsible for building Rocket Internet Scandinavia, as a founder and CEO. The company is an incubator that invests in internet and technology companies globally. He worked on their acquisitions and expansion across the Nordics and Russia CIS. “It was still a fairly regimented system. It was less creative and more execution, [something like] ‘here’s a business idea, let’s go and execute it’’”, remembers the entrepreneur.

Having left Rocket Internet, Waern was trying to help a big mobile operator in emerging markets in Africa and Latin America to create a mobile learning solution. The idea was to sell it to their subscribers as a value-added service, but the team soon noticed that it was difficult to monetize it with their clients. That’s when Waern had the idea to create EduMe as a solution to serve big companies, not their clients directly. “I realized that the mobile operator itself had thousands and thousands of dispersed sales agents while the company was struggling to onboard, train, engage, and keep all these people informed,” recalled Waern.

He was living in London at the time, back in 2016, when he started hunting for a team that could help him to develop the product, now EduMe. “In the beginning, it’s just hard finding the right way to build out a product when you are not an engineer yourself. It takes time and intentional effort to maintain the ownership of the product, the mission, and to control how the product is taking form once you’re building out that team,” admits Waern.

Thanks to Waern’s networking in emerging markets, he was able to identify the pains of big companies and to offer a solution that could solve their struggles in onboarding, productivity, performance, and training. “That mobile company operator became our first customer, the second customer was in Latin America, and the third was in South Africa, and that was Uber! We started in one city, and now we work with Uber in 45 markets across the world,” celebrates EduMe’s founder.

EduMe is a mobile-first training solution for the deskless workforce –  from food-delivery to ride-hailing, logistics, healthcare, hospitality and telecoms industries, and beyond. “We’re just at the beginning of the journey of growing, also horizontally into industries that have a deskless workforce. There is 80% of the global working population, or 2.7 billion people, who are deskless workers, and they are completely underserved with technology solutions, and they’re dying to be better served,” attests Waern.

When it comes to User Experience (UX) and User Interface (UI), EduMe is guided by two principles: seamless and relevant. “Seamless being no friction and relevant because telling everyone the same thing once a year is just silliness”, explains the founder. Their approach is targeted and based on the user’s performance. For example, during the COVID-19 pandemic, EduMe ran a big educational campaign on health guidelines for Uber, but they’ve also done training on sexual harassment and anti-racism for the ride-hailing app.

Talking about competition, according to Waern, there aren’t many good players in this space. “You have all these old, clunky tools that are outdated with very low engagement. […] We’re moving away from that by building a product that rests on modern principles, making it a lot more accessible by using a mobile phone, great UX and UI,” defends the EduMe founder.

According to the Waern, EduMe’s ultimate goal is to deliver workforce success for deskless workers at scale. “If at the end of the day we can help people to do their jobs better, we see a direct correlation with people making more money and earning a living for themselves and their families. This is also rewarding for the companies on the ROI. So, if we can deliver this workforce success and become a recognized brand at a global scale that would be really rewarding,” shares Waern.

Expanding to the U.S.

EduMe has done two series of equity funding so far. At the end of 2018, they raised $1.8M from Connect Ventures, a London-based Seed Fund, and last summer in the midst of the pandemic, EduMe announced their $5M Series A round, led by Valo Ventures. The round marked Silicon Valley-based Valo Ventures’ first European investment and acknowledges the global appeal of EduMe’s platform. “If you want to build a global company and have the best product in your category in the world, you have to win in the U.S. so that was always the intention”, observed Waern.

EduMe has offices in London and in the San Francisco Bay Area, with a team of 40 people  and growing at speed. “We’re growing relatively speaking aggressively, we’ve added 10 people in 2021, and we are going to add another 25 people this year, among the U.S. and the UK team,” reveals EduMe founder.

EduMe is building out a commercial team (marketing, sales, customer success) in the U.S., mostly in the Los Angeles area, while the rest of the company operates from the UK. “We’re aiming to build out a team and a hub in LA, where we have found great talent but we have important partners, investors, and people in San Francisco too,” explains the founder who plans to grow the US team to 10 people by the end of this quarter.

As part of EduMe’s strategy to grow its presence in the U.S., Waern has been an active member at GBx events and has collected great knowledge from the community. “These connections are extremely valuable to me. There’s so much in this network, people who’ve been there and done it before [talking about Series B fund raising] and they can point you in the right direction for anything, from a vendor to a go-to market advice in a particular area,” commented Waern.

EduMe’s founder postponed his moving to the U.S. last year, but plans to make the transition. If on the one hand, the global pandemic had slowed the founder’s move to the US, then on the other, the company has experienced considerable growth during this time. “There’s never been a greater need to effectively train, inform and engage your workforce — and technology now allows us to do so seamlessly, regardless of where people perform their work,” said Waern in an interview with Verdict.

You can connect with Jacob Waern on GBx Directory, GBx Slack, or LinkedIn.