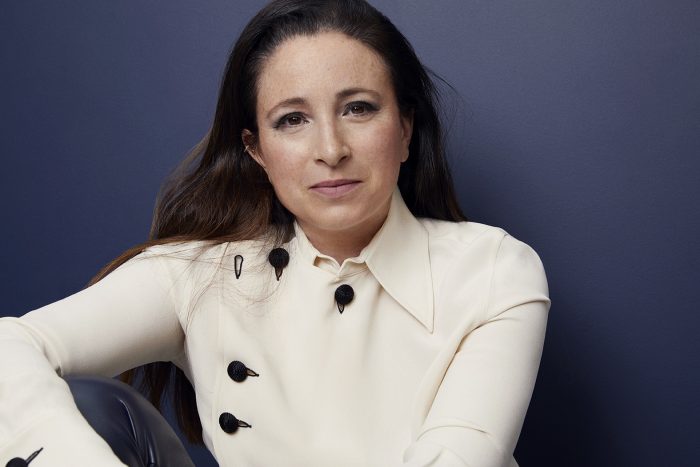 Last February, Whitney Wolfe Herd, founder, and CEO of Bumble, became at the age of 31, the youngest female CEO in the US to take a company public. Yet the title of the youngest person to have floated a company on the London Stock Exchange remains with Emma Sinclair, having done so at 29. Her accomplishments led her to be awarded an MBE during the Queen’s 90th Birthday Honours for services to entrepreneurship in 2016.

Emma is an entrepreneur with a journey like no other. At a young age, she would read the Financial Times in the back of her father’s car on the way to school. “It was just something that we did. By the time I was at university, I was trading my student on the stock market,” remembered the entrepreneur in an interview.

Emma studied French, Spanish, and Italian at Leeds University, graduating with a BA in Modern Languages. Her first job was working at McDonald’s where she gained five stars during school. She spent a term abroad studying in Spain and a year abroad working in Paris. While many of her contemporaries lived in small towns and took up teaching assistant posts, Emma was determined to work in the capital city. “I was lucky enough to secure an amazing job working on the shop floor of the infamous Virgin Megastore on the Champs Elysees”, wrote Emma in an article on Linkedin.

In 1998, upon graduating from university she joined a training programme in Investment Banking at NM Rothschild. She stayed with the finance group for six years, and developed a successful career in mergers and acquisitions, before entering into entrepreneurship. In 2005, Emma’s first company, the property investment firm Mission Capital, floated on the Alternative Investment Market (AIM).

While working at Rothschild, she got involved in several businesses, and there was when she spotted an opportunity to tackle the parking sector.  “Car parks are an integral part of any real estate and yet so often neglected”, said Emma to FNLondon.

That’s when Sinclair founded Target Parking – a business that provided UK car parks with a range of services including management, security, cash handling, and facilities management. Startups UK noted that the business went on to manage 450 sites across the UK, boasting such clients as DTZ, Urban Splash, Wolverhampton, and the Forestry Commission of Scotland. Sinclair sold Target Parking to one of its existing shareholders, CP Plus in 2015, to dedicate herself full-time to another endeavor: EnterpriseJungle (now called EnterpriseAlumni).

When her younger brother James pitched EnterpriseJungle to Sinclair, she was already running Target Parking, writing twice a week for the “Wonder Woman” column in The Telegraph, and was setting up a small business, a health and wellbeing members club, with a few friends. “I told him whatever you need from me, I’m right behind you, but I have enough to do”, remembers Emma. What she didn’t predict was that EnterpriseAlumni was growing fast and the opportunity became more compelling for her.

As a versatile entrepreneur with experience in investment banking, car parks, and health club, Emma’s drive comes from the passion of making things better and taking opportunities that are lucrative, regardless of how sexy (or not) they look.

“Lots of people love consumer tech: Facebook, social networks, apps on your phone. We can all relate to them, we all use them, and they sound fun. Enterprise software that provides the very same services to large customers may appear less sexy, may not sound as cool, but it’s wildly lucrative. I’m passionate about wildly lucrative”, defended Emma at Entrepreneurs Talk@Cass (University of London).

She believes that an entrepreneur doesn’t need to wake up every morning “loving a sector”, as long as they are passionate about “delivering” and “making things better”.

Another layer of Emma’s fascinating journey is her pioneer role at UNICEF. She’s proud to have become UNICEF’s first Business Mentor and to have conceived and launched their first crowdfunding effort for Innovation Labs in Refugee Camps in 2017.

When asked about capitalism versus social enterprise at Entrepreneurs Talk@Cass (University of London), Emma was resolute: “for me, there’s no either/or”. “I was taught that the person who pays the cheque is just as important as the one who spends it. When it comes to my businesses, I always think about ‘what can I offer?’ Through my work with Unicef and elsewhere, I’ve come to understand that entrepreneurship is a universal language,” she commented.

Sinclair believes that “everybody has an opportunity to do something positive with their time, with their voice, with their influence”, and she finds it hard to relate to people who say that “they don’t have time.”

“I think everybody should make time to do something. Because as it happens, when you think about other people, it starts to help put your challenges into perspective, it helps you to think about things differently and there is a benefit for everybody,” defended Emma in an interview with Impact Hustlers podcast.

Sinclair is also a big advocate of the importance of wellness alongside hard work, and believes to be successful in business, health and fitness must be a priority. In her late 20s, Sinclair became aware of the negative impacts some food groups were having on her general health. Already a vegetarian, it wasn’t difficult for the entrepreneur to switch to a totally vegan diet, and luckily, it turned out this “challenging development” was a blessing, not a curse. “I don’t think I ever set out for my diet to align with my goal to leave the world in a better state than I found it, but … it seems to have happened anyway. There’s no doubt about it: The world would be a better, healthier, more sustainable place if we all ate less meat”, wrote Emma to the Huffington Post.

Emma is a connector and a powerful leader who believes the workplace is more women-friendly these days than when she started working. “That being said, the statistics on women in the workplace and in particular, tech, are dire. There is a lot of work to do”, commented Sinclair in an interview with India Times.

As a GBx member, and as part of the GBxX group of female founders, Emma was one of 13 of the UK’s top female founders’ to attend the SVC2UK Female Founders in Tech Trade Mission to Silicon Valley in 2016. The program represents the UK tech scene and London’s Mayor to promote UK/US opportunities. She had the opportunity to meet with and learn from senior representatives from some of the biggest names in tech such as Facebook (including Sheryl Sandberg), LinkedIn, Uber, and Silicon Valley Bank.

When it comes to networking, here’s what she wrote: “There is no better way to learn the value of networking – building your friends and acquaintances so that your access to advice and study and work opportunities is extended – rather than by living independently; abroad or not”.