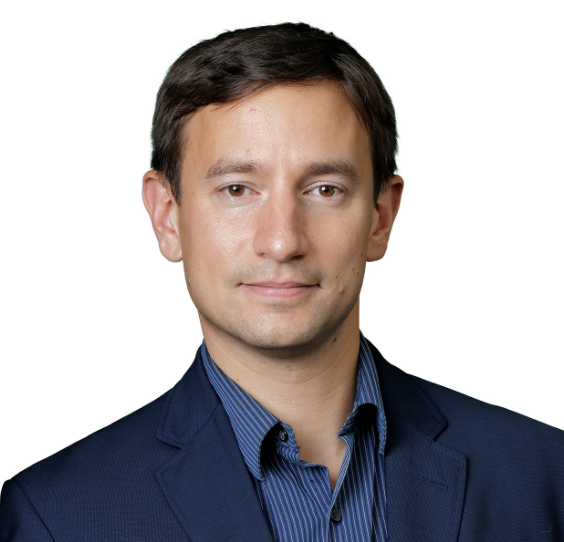 Digitalization has changed our experiences forever. We store our knowledge online and place our trust in the cloud. Companies dealing with big data have a much larger responsibility, as data leaks can destroy reputations permanently. James Chappell and Alastair Paterson, founders of Digital Shadows, a market leader in Digital Risk Protection, learned at an early stage the potential of cybersecurity. They started the firm back in 2011, after working together for several years at BAE Systems a British multinational defense, security, and aerospace company.

“It was at the same time I became an uncle and my friends were putting all kind of sensitive information, such as home addresses and phone numbers, into what were then, ‘new’ social networks. So, I started to question how my nephew and niece would grow up in a world where everything would be recorded digitally, and not too many people seemed to be worried about privacy and security”,  remembers Alastair Paterson, Digital Shadows Chief Executive Officer.

Back at the FinTech Innovation Lab in 2013, Chappell and Paterson validated the potential of cybersecurity services.  “We had some of the top banks and global companies interested in our services, which gave us enough ammunition to raise venture capital for the first time and build our product SearchLight in 2014”, recalls co-founder Paterson. SearchLight currently serves over 200 companies worldwide minimizing digital risk by detecting data loss, securing online brands, and reducing attack surfaces.

Digital Shadows disrupted their industry by delivering the most complete and interoperable solutions in the market, as Paterson explains: “Most of the security companies look inside of the perimeter of their client’s network, while we look outside. We monitor data leaks, their social media reputation, and criminals who are selling customers’ data on the deep and dark web. We are also looking into their key executives and any potential gateway for sensitive data leaks”.

Digital Shadows SearchLight system was capable of finding thousands of corporate-sensitive files exposed in just a few months, preventing hundreds of companies from suffering regulatory fines, loss of intellectual property, and reputational damage. Their service and competency lead them to be named “leader” in 2018 Forrester New Wave for Digital Risk Protection. “Our company effectively became a category that we’re now leading. It was a very proud moment for us”, says Paterson.

Digital Shadows next bet is in research and development. As Paterson explains, the company recently formed a multi-cultural group of Threat Intelligence Experts, data scientists, and security engineers. “Our goal is to understand the shapes and sizes of the threats that we face worldwide. Our diverse team combines over 20 languages, which gives us a great perspective of the global scenario”, comments Paterson who promises to release their findings in the coming months.

The company has raised $59 million to date with a number of investors including Octopus Ventures and World Innovation Lab (WiL).As recently as July 2019 the company welcomed existing customer National Australia Bank via a $10m strategic round led by its Ventures arm and is geared towards Asia Pac expansion. Today the company that started at a kitchen table now has around 200 staff based in London, Dallas, San Francisco, Germany, and Singapore. The cybersecurity company holds a portfolio of clients in various industries from financial services to retail, healthcare, pharmaceuticals, and technology.

Overcoming challenges through networking
Although Digital Shadows is the leader in their category, Paterson points out the volume of companies within the broader cyber security industry as one of their biggest challenges. “There are 3,000 security companies out there, so cutting through the noise is hard, even for successful companies with real products like us. There are a lot of venture-backed companies out there sucking the oxygen out and making it very difficult for the buyers to make a smart decision”, notes Paterson. The company’s way out from the crowd has been through its excellent reputation built by referrals and networking.

A big part of the growth experienced by Digital Shadows is due to their expansion to the United States, back when they were on Series A of investment. “We wanted to go global, so we came to Silicon Valley because the money was here and that’s where companies are scaling at a global level that interests us”, comments Paterson.

He highlighted a networking group in cybersecurity called SINET and GBX Global as the most resourceful groups to Digital Shadows’ beginning in the US. “GBX is particularly helpful when you’re first coming and you need some friendly faces and some basic advice on all kinds of topics”, observes Paterson.

Alastair was named in Financial News’​ 40 most influential people in European FinTech in 2015, and is a mentor and panelist at Cyber London (CyLon), Europe’s first cybersecurity accelerator. Alastair has also mentored many GBX entrepreneurs.

“There is a bunch I’ve learned from making mistakes, so I’m happy to get involved and help the next generation of entrepreneurs”, says the Brit founder.  It seems that no matter how much technology evolves humankind will always appreciate real-connections.”