Exit to US Buyers: Perspectives from Facebook, LinkedIn & Taylor Wessing 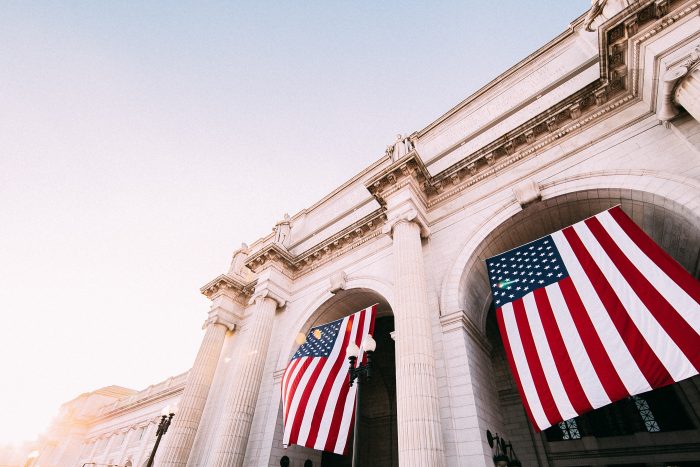 If you are planning to merge or sell your company in the US in the current environment, here’s a recap of our June 16th Zoom session, ‘British Founder’s Journey session with Ben Orthlieb, (VP & Head of Corporate Development, LinkedIn) and Ed Miller (co-founder & CEO, Scape Technologies – recently acquired by Facebook), and hosted by Sarah Cole (Senior Associate, Taylor Wessing covering international corporate projects). You can also watch the main highlights of the session here.

How to get introduced to a potential buyer?

The first thing to know is who are your three potential buyers for your company at any given point in time. Then, make sure you have the right relationship with them, which means being engaged with the core development team or their product champion.

There are two approaches to getting your first intro: the outbound and the inbound. Undoubtedly, you will have a mix of both, but inbound is always an easier sell.

Inbound: Having a strong network (GBx here!) is the best way to develop opportunities for an inbound approach. Ed Miller had a connection with a key person at Facebook even before he started to build Scape Technology. From that point onwards, the person followed their work and became a pseudo advisor, which helped them to develop relationships over time.

Outbound: In this initial stage, it’s important to understand what the acquiring company is looking for and what would be their specific needs. It’s all about how you two align. It can be tempting to be approached directly via email by a CEO or the CTO of a company that you admire. Keep in mind that time is a limited asset. Some conversations might be fruitful, others not so much. LinkedIn, for example, takes inbound from bankers, but those tend to be starting points to develop a relationship. Ben Orthlieb: “We rarely have gone super deep into something completely cold and make an acquisition on the spot.”

Also consider Internal stakeholders: Another route that you might take to a M&A is from the internal stakeholders of the acquiring companies. They are the “eyes and ears of the company outside the four walls.” Plus, they have a deep understanding of what the priorities of the company are, which give them the advantage of being able to spot business opportunities that will lead to an acquisition.

Last, but not least, once in the Bay Area there’s always serendipity!

Are face-meetings important, particularly post-COVID or is this something that virtual meetings are happily replacing?

Both speakers recognized that virtual meetings have improved over time (Ben has even done acquisitions and due diligence over Zoom), but they both agreed that some version of personal touch is necessary and will come back.

When is the right time to merge?

From the founder perspective: It’s hard to predict, but aim to find a sweet spot to decide when to decide on a merger, when to invite the acquiring company over, and when to share information. Ed Miller: “Undoubtedly, the point at which you believe it is the right time, is probably not the right time. The time when it was probably the right time, was when you were convinced that you would never sell the company and you thought you had all the strength and momentum behind you to take over the world”. Most importantly, know your strategy and your company’s stage. If your company is building a foundational technology, it’s hard to believe that one of those large companies would be comfortable having this core competency relying on a third party. So, acquisition would be the most predictable path for your company.

From the acquirer perspective: About 95% of the liquidity of companies happens through M&A. IPO might be sexier, but it doesn’t happen as often. That’s why it is crucial to develop a relationship with your potential buyers early on. Acquiring tech companies are always looking into accelerating their roadmap which makes mergers strategic. For example, if your company has a technology or a product that Facebook already wants to build, it makes more sense for them to acquire your company than to make the development of that feature a priority in-house. Ben Orthlieb explained that to be on the radar of companies like LinkedIn, the company has to have enough traction, which in the B2B perspective means having clients in common. “Series A and B also are good indicators of the stage level of the company,”added Orthlieb.

When do you know it’s the time to fully commit and share your secrets with the interested company?

If you have already developed a relationship with your potential buyer overtime, you will know their values and they will know yours, which might facilitate honest conversations. Usually, during the interview process is when most of the disclosure of information happens.

How do companies best manage the structure of the transactions?

From the legal standpoint there are two types of transactions:

Acquihire: when the company acquires the rights to hire people (talent) from a company, rather than its products, services, or earnings stream. The acquirer is interested in augmenting and accelerating the business using the knowledge and expertise of the team they are acquiring. Acquihire is more common at an early stage of the company, or, more likely, when something didn’t pan out very well. From the founder’s perspective, an acquihire is an opportunity to claim an exit to the outside world, even though it might not have been an exit for a lot of money for anyone involved. After all, an acquihire is still an exit.

Merger: From the legal standpoint, a merger is acquiring the tech, the talent, and the company’s full assets and liabilities, with the intention to use their technology and teams into improving a product within the acquirer business. The process includes lengthy diligence and lots of interviews.

How Do You Manage Your Team Through The Transition?

From the founder’s perspective: It’s a choreographed psychological dance. To begin with, there are stages with lots of complexities throughout the process, for example: getting the budget signed off, getting excitement from the sponsor, who will refer to the lead person within the company, who ultimately, is going to stand behind the acquisition.

There are also the interviews to go through, and there are certain criteria that people need to meet for those interviews. It might be useful to do an off-site Bootcamp with your team in preparation for the interview process, to develop how to respond to the technical and behavioral questions. It’s also important to be aware of the possibility that not everyone will pass the interview process, and to find ways to guarantee that these people will still be happy. It’s a challenge to manage speculations among employees as there are different levels of engagement during the M&A process. Sometimes, it might be an email or a video-call with the interested company, followed by their CEO visiting your office, and then later the development team might be doing presentations for them. Each step can lead to “noise” in your company amongst employees. That’s why it is crucial to get HR involved to manage the expectations and speculations in the company’s environment. At the final stage, the process resumes with paperwork and verifying the accuracy of the terms.

Sometimes these terms are negotiated upfront, while at other times, for instance, when a company is going through multiple conversations with different companies, they are not.

From the acquirer perspective: Ultimately, it’s a stage where the M & A team and the founder develop a strong relationship. It can be a rollercoaster for both parties, but especially for founders as they have a company to run during the process. “Most people don’t realize that an M&A full agreement can be 350-pages of legal heaven that’s been negotiated line by line, so there’s some tension,” noted Ben Orthlieb.

Simplified, The process consists of:

Initial conversations → Term Sheet or Letter of Intent (LOI) → Signature of Exclusive Term Sheet (One week) → Full diligence (45-60 days) → Interviews (sometimes a few interviews are done before the LOI) → Code reviews (a dive in into all the legal secrets of the company, which includes info on their customers, contracts, etc.)

From the founder’s point of view: It takes time to understand the value of your role in the new company (about six months). In simple terms, the CEO’s job after an acquisition is: evangelize and integrate. Evangelize by educating everyone about what you’ve done at your company, and how beneficial it will be for the new company. And integrate by assessing your previous knowledge of the personalities and backgrounds of your original team in order to land the best outcomes.