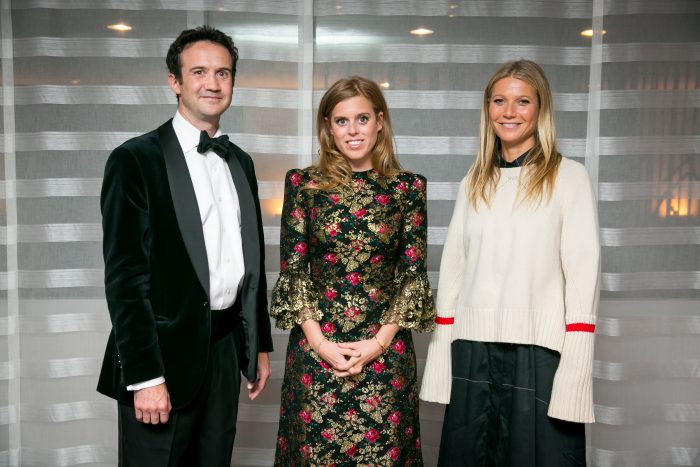 Classroom communication app ClassDojo has been selected as the Best in British Tech by the British startup community in Silicon Valley. The award was presented last night at the annual GBx Gala by HRH Princess Beatrice of York and Mike Butcher, Editor At Large, TechCrunch.

“I am delighted to attend this year’s GBx event. Having spent the last few years working in technology between the US and the UK, I find being a part of such a strong community of entrepreneurs inspiring. These awards are a showcase of such talented entrepreneurs and remind us how important being a part of a global community truly is. And that supporting each other is key in this age of innovation,” said HRH Princess Beatrice of York.

The Best in British Tech is awarded to a British startup that demonstrates innovation, business scalability and community impact. ClassDojo, a popular app used to share reports between parents and teachers is used in more than 95 percent of pre K to eight grade schools in the US. Corporate alumni network EnterpriseAlumni, email app Superhuman and rental marketplace Zumper have all received honorable mentions at the awards.

British Consul General Andrew Whittaker applauded the GBx community for its support of all British entrepreneurs and congratulated ClassDojo for its leadership and innovation in a growing industry.

“GBx is fantastic organization that brings out the best of British,” Whittaker said. “The community does a phenomenal job connecting and supporting one another across the Atlantic and here in the Bay Area. That connectivity is highlighted by this wonderful event where we get the chance to recognise innovative companies such as ClassDojo who are just one example of the innovation taking place across Britain.”

Three hundred-strong British tech community gathered on October 3 to award the Best in British Tech at the GBx Gala and to celebrate the success of British startups in Silicon Valley. Now in its third year, this annual event brought together British startup founders, executives and investors operating in the UK and the US. The guests enjoyed a reception at the St Regis hotel and a fireside chat hosted by Juliet de Baubigny, General Partner, Bond with Gwyneth Paltrow, founder and CEO of goop, founded in London in 2008 and now headquartered in Santa Monica.

Ms Paltrow shared her entrepreneur journey with the audience: “I’ve always harbored this very secret desire to start a business. I had no idea how to do it, and I had no authority and no business doing it. So I just started trying to figure out WordPress and Mailchimp by myself, and sending content. And I did that for five years until I moved to America and decided to turn this into a business.”

The Gala bookended the ‘Brits in the Bay’ program with the GBx community hosting the 20 most promising UK startups and helping them break the US and build their networks. During the week long program, tech startup founders from the UK had the unique opportunity to learn from and connect with more than 50 Silicon Valley experts. The sessions focused on fundraising and scaling in the US, market access and building partnerships, and featured Cal Henderson, co-founder and CTO of Slack, and last year’s winners of Best in British Tech – Michael Acton Smith and Alex Tew, co-founders and co-CEOs of Calm.

About GBx
Founded in 2016 in San Francisco, GBx is a curated private network for successful British entrepreneurs, investors and senior British tech executives living in the Bay Area. GBx’s mission is to offer a place to share the experience and knowledge that British founders have gained during their tenure in Silicon Valley with like-minded peers and to mentor new entrepreneurs entering the market.